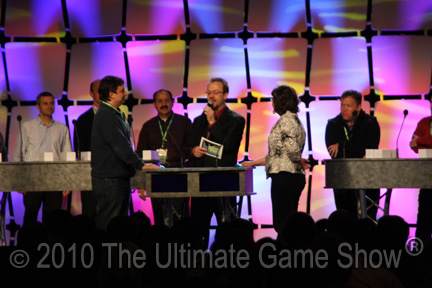 Please allow us to share with you our company's history. Back in 1997 our president and founder, Bryan Quinn launched a corporate training and entertainment company known as Magical Enternment. Unfortunately, an adult novelty company began using a very similar name right after we did, so Magical Entertainment quickly became Bryan Quinn Productions. Under this business name we offered game show productions, teambuilding programs and a corporate magic and mentalism act. But over the years the demand for custom game shows became so great that we made the difficult decision to stop offering the magic and mentalism act. With our focus directed solely on corporate game shows, we rebranded our company Ultimate Game Show ® and quickly became the largest and most requested game show production company in the country. 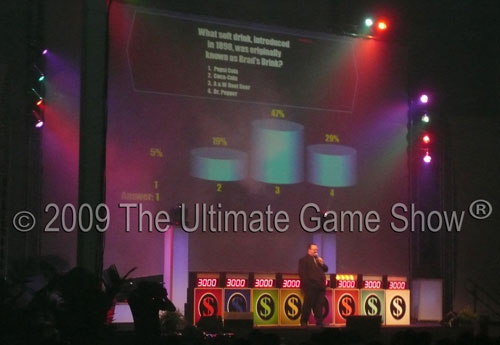 As Ultimate Game Show ® grew, we began incorporating wireless audience response keypads into many of our custom game shows. To accomodate the needs of our corporate game show clients, we had accumulated one of the largest inventories of in-house keypads anywhere. So we launched a new division of our company, Ultimate Audience Response™. This new company's focus is providing audience response services (ARS) to those clients who want the interactive benefits of ARS, but aren't interested in having the game show component.

The Ultimate Game Show ® continues to offer a select variety of teambuilding programs. These consist of a variety of game show formats that encourage cooperative team play. In addition, we also offer several moderately physical teambuilding exercises that are inspired by popular reality TV shows.

Whether you're planning a national sales kick-off, a regional training meeting or a session where teambuilding is desired, Ultimate Game Show ® has a program that will ensure the success of your event. 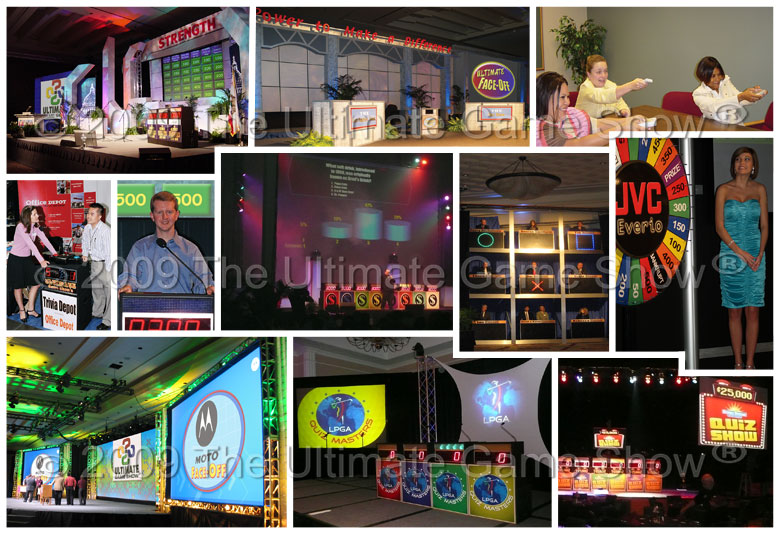 Jeopardy!®, Wheel of Fortune®, Family Feud ®, Who Wants To Be A Millionaire ®, The Weakest Link ®, Deal Or No Deal ®, 1 vs. 100 ®, Are You Smarter Than A Fifth Grader ®,
Minute To Win It ®, Survivor ® and Amazing Race ® are all registered trademarks of their respective TV production companies, who reserve all rights.